The Ancient Basin includes paleontology with elaborate commissioned illustrations, and casts of plant and dinosaur fossils. The amazing casts of prehistoric skeletons include: Diatryma, a six-foot Eocene bird and Deinonychus, a fierce meat-eating therapod from the Morrison formation. The museum also boasts a cast of Carpolestes, a tiny creature that is one of the earliest primates known on Earth. The gallery is interactive with audio and video components throughout. The Ancient Basin gallery also covers archaeology, including the study of early humans and the mammoth bones they left behind, rock art, and prehistoric cooking. The Archaeology section displays numerous artifacts including: atlatls, projectile points, scrapers, awls, blades, bone tools, and trade points (metal arrowheads). There is also a Sheepeaters Lodge, a conical hunting structure used by the Sheepeaters- Mountain Shoshones, which was excavated from the Bighorn Mountains. 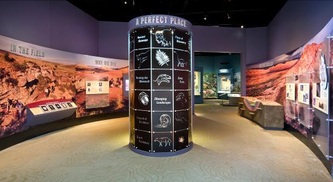 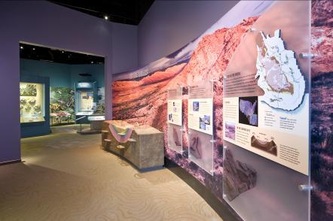 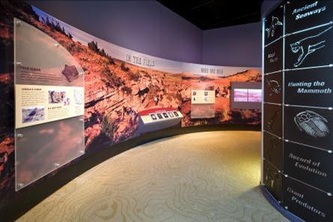 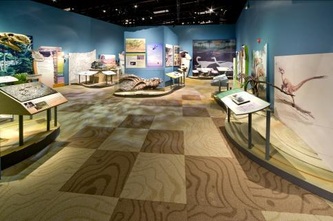 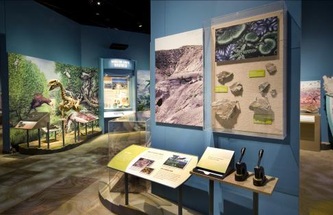 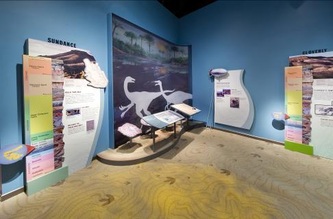 Check out this video as seen at the Washakie Museum, showing the formation of the Big Horn Basin of Wyoming from the Paleozoic to Cenozoic eras.  Created for the Washakie Museum by ECOS Communications and Boston Productions, 2010. 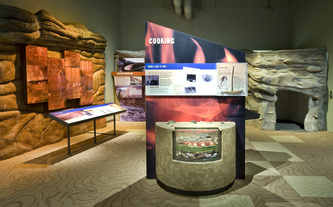 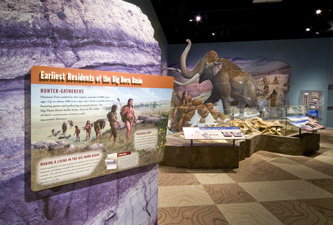 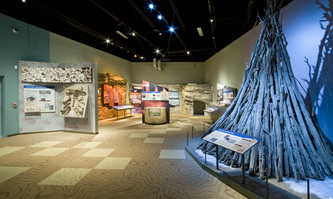 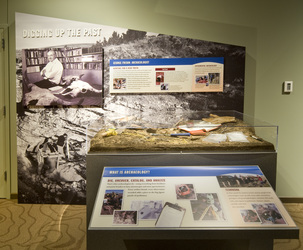 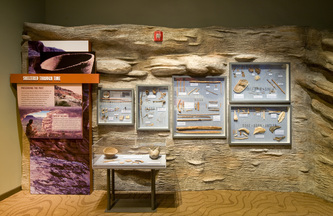